Seasonal succulent care goes beyond a succulent dormancy table -- knowing if your succulent is winter or summer dormant. Succulents go through different patterns of growth throughout the year.

In this article you'll learn not only the active growing seasons of specific succulents, but also what changes you need to make to keep your succulents happy year round.

The amazing thing about succulents is they are finding their way into gardens all over the world. They are beautiful, drought tolerant, and can be a great plant for new gardeners.

However, with this universal love can come some confusion about active growing seasons.

Like most plants, succulents won't grow at the same rate all year round. With fluctuations in temperature, most succulents will go through phases where they grow less (dormancy) or grow more (actively growing).

The extent to which a succulent will go dormant, and variation in care needs based on dormancy, has a lot to do with the climate where they are grown. As you might imagine, a succulent grown in Phoenix, AZ is going to need different care than a succulent growing in New York City, NY.

While succulents can be placed into general categories of summer growers or winter growers, this is not a hard fast rule. In fact, most experts agree that succulents are “opportunistic growers”–meaning they will grow when conditions are right, and slow down when they're not ideal.

I love this comment from a succulent forum on dormancy, “Your plant will tell you when it is growing. That is the #1 thing you should learn to recognize. That, in essence, is the art of horticulture.”

So, let's dive a bit deeper on what being an opportunistic grower means in terms of succulent dormancy and, therefore, succulent care.

This simply refers to the minimum temperatures a succulent can tolerate. Most won't survive extremely hot temperatures and will burn.

Interestingly, both Echeverias and Sempervivums will thrive during spring and fall when temperatures are more temperate. This tends to be true with most succulent species.

Extreme heat and extreme cold will cause most succulents to go into survival mode (aka… dormancy) until things get back to a more tolerable temperature.

Even succulents considered to be “summer growers” will slow down growth during the hottest months of the year. There are going to be exceptions, for sure, but the majority of succulents will really thrive in more mild temperatures.

Succulents need water… most of the time

The biggest discussion around succulent dormancy is when succulents are in need of more or less frequent watering. When a succulent is dormant, it's trying to survive, not grow. This means it won't take up as much water and prefers to be left alone.

However, if it never really goes into survival mode it will just keep growing and taking in water. This is why succulents grown indoors can be watered at nearly the same rate year round.

The key to keeping succulents happy is watering only when the soil is dry and paying attention to the leaves. Like the forum member said, your succulents will tell you what they need… you just have to know what to look for.

As a general rule, succulents going into survival mode during cold periods will need little to no water–it just depends on how cold the temperature gets. Assuming the plant is frost tolerant, if “cold” is 50 degrees Fahrenheit they'll keep growing more than if cold is 5 degrees Fahrenheit.

Succulent dormancy for heat is a different story. While they may not be actively taking up water when temperatures reach their peak during the summer, most succulents want their roots to stay cool. They are likely focusing on developing deeper roots so they can better withstand heat and drought.

You'll still end up watering less than normal, but completely withholding water can cause them to dry up too much and die.

Aeoniums tend to really show off whether they're enjoying the weather or want to go into hiding. Take a look at this discussion for some great examples.

If you have Aeoniums outdoors during extremely hot temperatures, they'll appreciate some water to keep their roots cool.

You've likely realized by now that knowing what varieties of succulents you own is important in keeping them healthy year round. Take a look at my post on succulent identification to get help identifying your succulents.

Traditionally, succulents might be divided into categories of “Winter Dormant” and “Summer Dormant”. Let's dive in to what that actually means for succulents.

Succulents that are dormant in the winter will actively grow during the spring, summer, and fall months. However, during the hottest days of summer (July/August in the US), they will go through a mini dormancy period and slow down their growth.

While these plants tend to like things warmer than some of their other succulent friends, they still don't like the extreme heat and will shut down to stay alive.

Once temperatures get below 40°F though, you'll see growth slowing down drastically. As mentioned above, make sure you limit the amount of water these plants receive as they can easily rot while dormant.

Summer dormant succulents prefer cooler temperatures for actively growing. You'll find them growing the most during the fall, winter and spring. However, during the coldest parts of the winter (December/January in the US) they will go through a mini dormancy.

You'll definitely want to keep these succulents protected from extreme heat as much as possible and limit the amount you water during the summer.

They will grow the most once temperatures are below about 60°F at night, and slightly warmer during the day.

Now that we've laid some groundwork… Let's get to an actual outline of summer vs. winter growers.

As I've previously mentioned, this is a generalization. Some species within a genus may be different. Your climate or growing area may affect the growth cycle. The list below can be a good starting point.

Also, you can click on the names of the succulents in the table to learn more about species in that particular genus.

Succulents grown indoors don't experience a true dormancy. As such, you'll find its not a problem to transplant or propagate succulents indoors all year round.

However, for succulents growing outdoors it's ideal to wait until the succulent is in its active growing season. Typically you'll get the best results in the spring and fall.

Your biggest challenges for transplanting or planting succulents outdoors will be extremes in temperature.

I planted some succulents for my sister-in-law in Southern California. We planted them in June, but they were going through a heat wave, so the succulents were outdoors in the ground, with temperatures close to 100°F (38°C).

The area we were planting them in was also in full sun, so these little 2″ (5 cm) succulents didn't have time to acclimate to that hot temperature and the full sun. Most of them didn't survive.

When I was living in Utah, I couldn't plant succulents in the middle of the winter outside because they would freeze, even cold hardy varieties (as they wouldn't be acclimated to the extreme temperatures).

However, if you give succulents a nice, temperate climate without too many extremes, they can be planted year-round.

You'll find that your succulents handle transplanting better during their active growing season because (shocking I know...) they're growing more. This means the recovery time will be shorter and they'll perk up quicker in their new home.

Propagating succulents follows a similar pattern. Ultimately the best time of year is spring or fall when that particular succulent is going into it's active growing season. They can be propagated other times of year, but their growth will generally be slower.

Again, this applies to outdoor succulents. Indoor succulents can easily be propagated year round and will grow at a similar rate.

I wanted to point out a few genera of succulents from each list above and point out why it makes sense in that particular category. This should help you determine which plants you own fit into these categories.

Let's start with Sempervivum. So dear to my heart, as it's one of the few succulents that survives harsh winters in Utah.

These succulents really flourish in the spring. They put off so many new chicks you won't know what to do with them.

During the warm, but not too hot months of spring they get large and their leaves will be plump and firm.

Once temperatures start getting over 90 degrees Fahrenheit you'll notice these hens and chicks start to tighten up. They may even seem to shrink. They just aren't fans of the heat.

When fall arrives, with it's cooler temperatures, they'll open up a little more. Along with the trees, they'll display some stunning color changes before they hibernate for the winter.

These can survive most of the winter without being watered, assuming it rains and snows somewhat frequently. If it gets dry and warm for too long, you'll want to give them some water, but avoid it if there is a freeze in the forecast.

Once the weather begins warming up you'll want to begin watering slowly but increasingly. Add some fertilizer around April and these hens and chicks will really take off!

When you think about the desert heat, what comes to mind? Cactus and, since you're a succulent lover, giant Agave. These fall into the warmer temperature category above.

While these succulents will do just fine in temperate climates, they do most of their growing when temperatures get warmer. They still take a little break when it gets really hot (over 100 degrees Fahrenheit) and aren't too keen on growing during the winter.

In fact, many cacti won't bloom unless they experience a period of cold weather (around 40 degrees) for at least 60 days. They just like to experience more extremes to bring out the true beauty.

If you've read many articles on this site, you'll know I stress paying attention to your succulents. There are guidelines and rules all over and they are helpful! But you also need to become familiar with your succulents, your growing area, and your tendency to “over love” or “neglect” your succulents.

Water a little more frequently when your succulent seems to be growing more quickly. Cut back if it seems to be slowing down. Look at the leaves… if they're happy, firm and look healthy, wait a little longer to water.

Limp, dull and wrinkled? Give them a little more. Yellowing, translucent and about to burst? Slow down a bit and let things get back to a more normal state before watering again.

Succulents are generally opportunistic growers. Kind of like Goldilocks… not too hot, not too cold. Just right will make them happy and they'll grow! 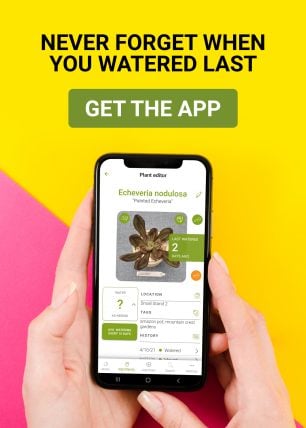 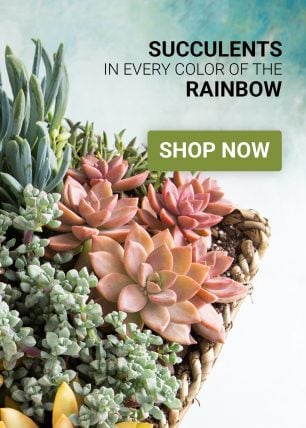 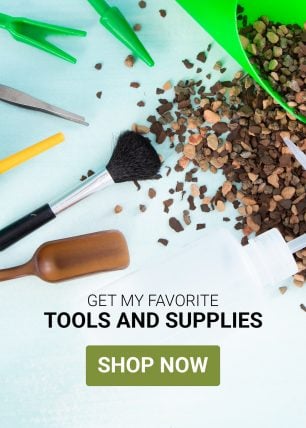